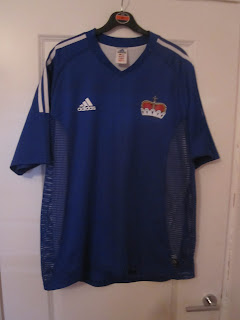 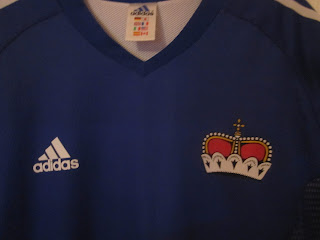 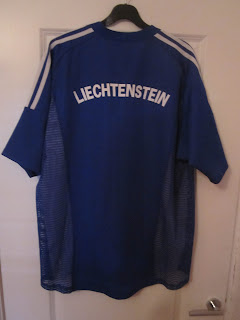 
Liechtenstein home shirt from 2003. I got this off ebay for 30 quid which seemed like quite a bargain for a rare shirt like this. Haiti and Liechtenstein actually had exactly the same flag which was then recognised when both competed at the Olympics so Liechtenstein added the crowd to their flag. Although Liechtenstein are not very good at football I know they almost gave Scotland a shock a few years ago when Scotland needed a last minute goal to win.