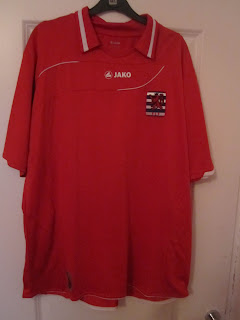 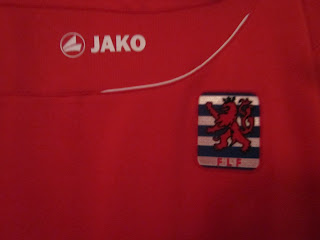 
This is the away shirt of Luxembourg. Bosnian player Miralem Pjanic actually played under 21 football for Luxembourg before deciding to play for Bosnia which is probably a good decision considering the quality of football Luxembourg possess. Luxembourg are actually won of the best nations at Eurovision winning it 6 times which is quite surprising for a country of their size. Unfortunately they have never won anything related to football.
Posted by brad147690 at 06:20