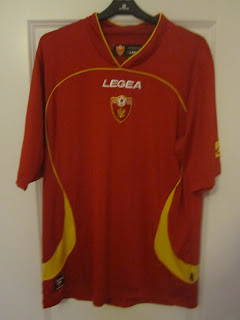 
Montenegro were the team that pushed England closest in their Euro 2012 qualifying group. Montenegro managed two draws against England and Rooney decided to kick one of their players in frustration and get banned for two games. They formed as a team in 2007 after splitting from their neighbours Serbia. They will again face England for World Cup qualification for Brazil 2014.
Posted by brad147690 at 04:20