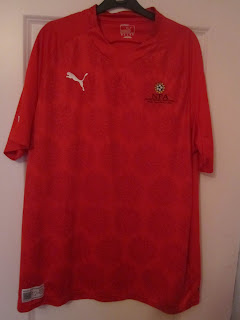 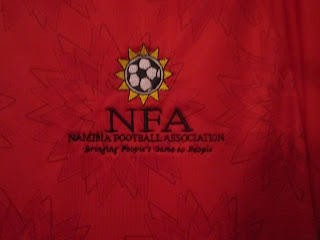 You can't really see the detail on this shirt from the picture but it is a very nice design for a shirt. Unfortunately Namibia aren't very good of a team so you probably won't see it featuring much on the television screens.
Posted by brad147690 at 07:10