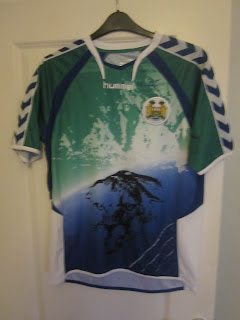 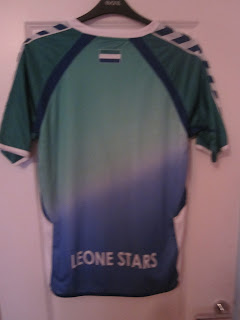 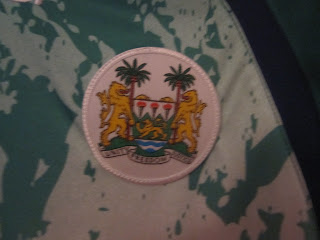 
This is a pretty awesome shirt from Hummel again. Sierra Leone have recently gone up the rankings a bit but it will probably be some time before we see them in the World Cup. Although on my Football Manager game I managed it!
Posted by brad147690 at 07:42