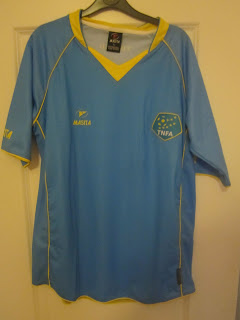 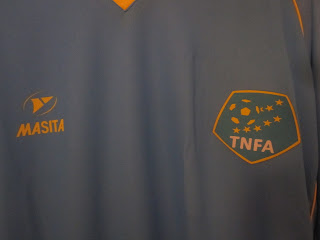 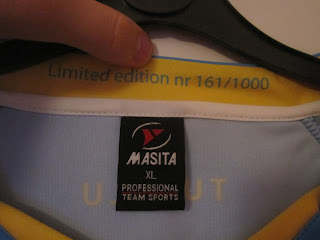 
Tuvalu are a small nation near Australia. They are actually in threat to global warming which may flood the country but are trying to gain FIFA citizenship. They did play in the World Cup qualifying being the only ever non-FIFA team to do so but they were knocked out straight away. This shirt is limited edition and only 1,000 were made but all proceeds go towards helping the Tuvalu national team. They even sent me a postcard.
Posted by brad147690 at 06:45