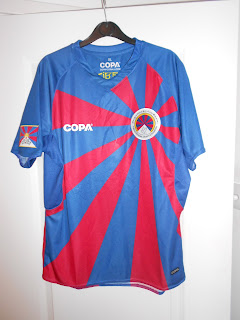 Tibet shirt made by the brand Copa. This shirt is an XL but rather tight for someone who usually fits a large. I really like the shirt though and is one of my favoured designs. Tibet is the home of the Dalai Lama. A bit of a useless fact but China banned Football Manager in their country as it recognised Tibet as an independent country. 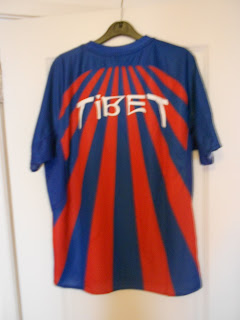 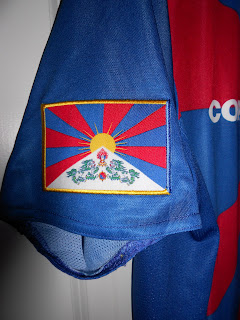