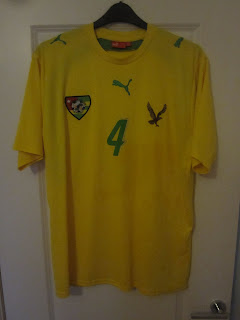 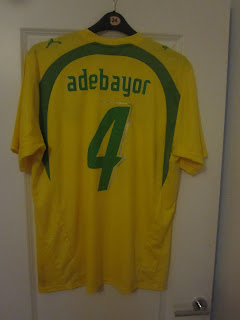 Togo shocked a lot of people by qualifying for the 2006 World Cup which this shirt is from. One of their main reasons was the form of Emmanuel Adebayor who got his big break because of it. Emmanuel Adebayor has since retired from the national side because of a bus shooting incident involving the Togo squad and without him they'll most likely struggle to ever get back in it.
Posted by brad147690 at 02:54