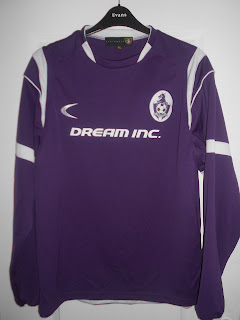 A few years ago Sky one used to have a TV programme called Dream Team. It was about a made up football team (Harchester United) and basically followed the team and what the players got up to on their days off and stuff like that. I never really watched it but it was quite big for a bit I do believe. Well one of my family members was moving house and when packing she found this shirt that was given to her by her friend that used to work on the set of Dream Team, as she did not want it I was then given this nice shirt so I have to thank her for finding this for me.