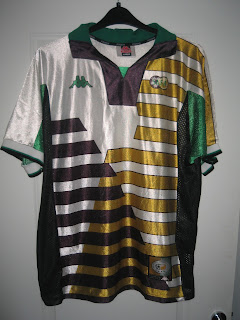 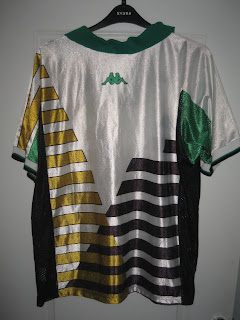 South Africa have won one African Nations Cup in 1996 and have qualified for 3 World Cups. This shirt was worn during the 1998 World Cup in which they qualified for it for the first time with players like Mark Fish and Lucas Radebe.
Posted by brad147690 at 01:53