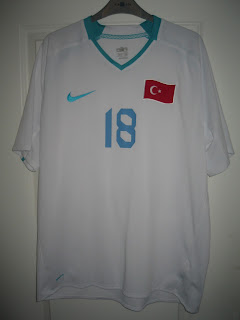 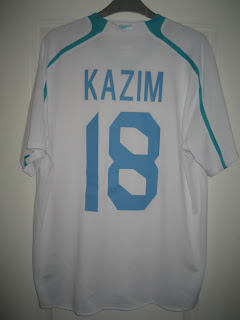 
This in my opinion is the best Turkey shirt that they have had. It is a bit strange though as Turkey often never wore light blue on a kit but it goes very well with this shirt. In Euro 2008 Turkey managed to get through to the semi finals but only lead for about 5 minutes in the whole tournament with a lot of late goals scored. Did you know Turkey have never scored a goal against England in 8 matches?
Posted by brad147690 at 03:11