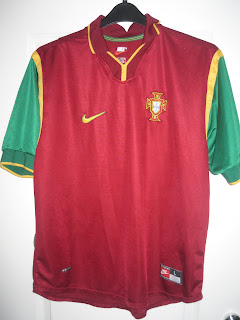 Portugal first broke onto the scene during the 1966 World Cup where they finished 3rd. Eusebio was their main man and became a legend in the process for Portugal over the next few years but did you know he was born in Mozambique? So was Abel Xavier to but he wasn't as legendary. Portugal were expected to win the 2004 Euro final quite easily in their own country but Greece had other ideas and shocked everyone by winning the tournament. Now they seem to regularly progress to the knock out rounds of tournaments.
Posted by brad147690 at 08:49