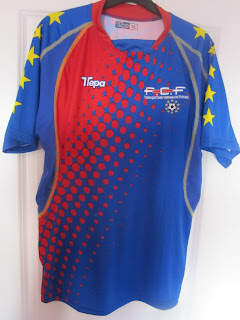 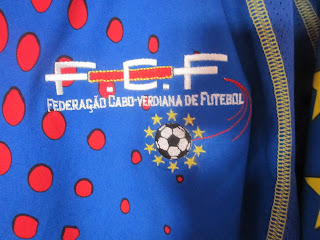 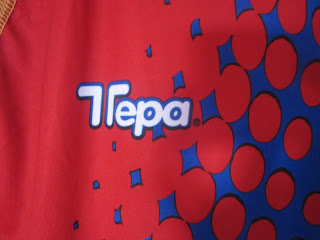 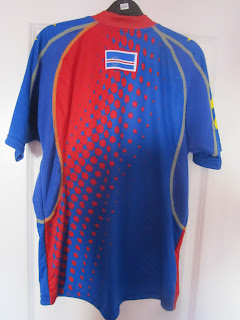 Cape Verde is a small batch of islands just of the coast of west Africa. It currently is estimated to have a population of 500,000 and it probably won't come as a surprise to you that they've never qualified for a World Cup or African Nations Cup although that could soon change as they currently hold a 2-0 advantage from the first leg of their AFCON final qualifying round. Although Cape Verde are not a dominant force in world football they have produced some pretty impressive players but the majority of them decided to represent Portugal instead. Players like Nani, Rolando, Manuel Fernandes, Eliseu, Varela, Patrick Vieira and Henrik Larsson all could of represented Cape Verde but chose to play for other countries.
Their biggest achievement to date is probably drawing 0-0 in a friendly with Portugal despite 110 places in the rankings separating them at the time.

You can purchase the shirt at this online shop
http://www.footballshirtworld.co.uk/shop/all-shirts/cape-verde-home-blue-shirt.html