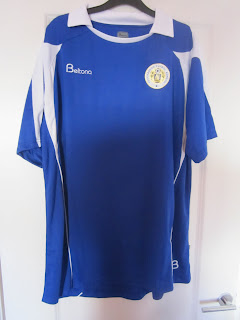 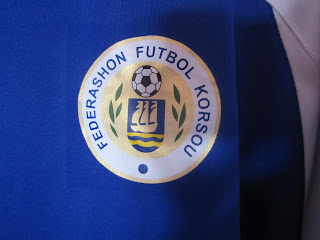 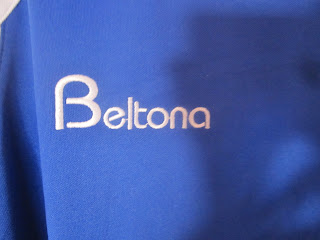 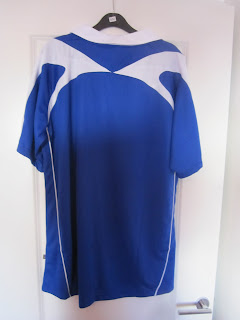 If you know your countries you may think how was Curacao's first international back in 1924 when they've only recently formed as a new country? Well FIFA said as they are taking over from Netherlands Antilles they have to take the ranking and records that Netherlands Antilles had before. Under the name Curacao they have only been playing football since 2011. Curacao does not have any stars in the footballing world but  Churandy Martina who represented Netherlands at the Olympics in the 100m sprint comes from Curacao.

You can now purchase the shirt from this online shop
http://www.footballshirtworld.co.uk/shop/all-shirts/curacao-home-blue-shirt-m.html