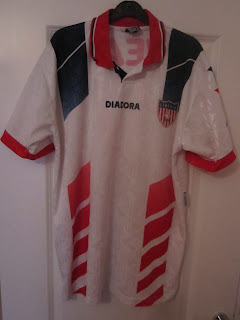 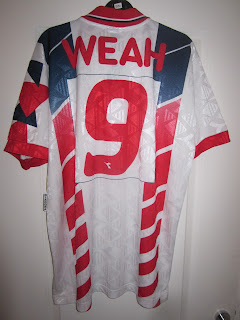 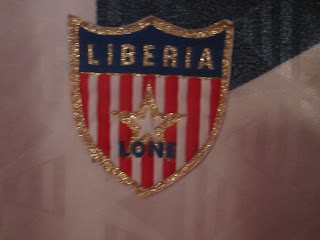 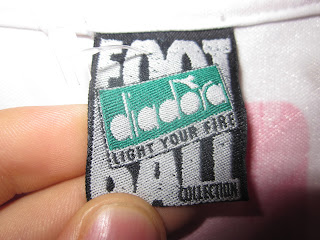 I can't find a picture of this shirt in use so if anyone can then that would be helpful. The shirt has the name of the most famous Liberian ever in George Weah. George Weah had a successful career at European clubs like Monaco, Paris Saint Germain, AC Milan, Chelsea and Manchester City. In 1995 he won the FIFA World player of the year award and now spends his time as a politician.
Liberia have been involved in 2 African Nations Cups in 1996 and 2002 and with a current ranking of 111 that probably won't change although yesterday they beat Ghana 2-0 in a friendly which is a big achievement for them and drew the first leg of the final qualifying round for the African Nations Cup 2-2 versus Nigeria so if they can go back to Lagos and get a surprise win then we might see them at the 2013 AFCON.
If you read my Mali post you could see I have quite a bit of an obsession with Football Manager and probably my greatest achievement was winning the 2022 World Cup with Liberia on the game. I'm still not sure to this day how it happened as one game Germany had 28 shots to Liberia's 1 and the game finished 1-0 to Liberia. I pretty much done a Chelsea in the Champions League but took it to another level. So in 10 years time let's see if they can repeat my achievement.