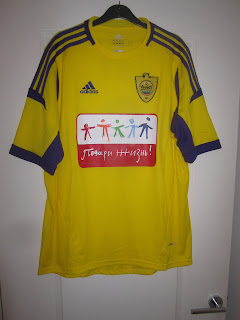 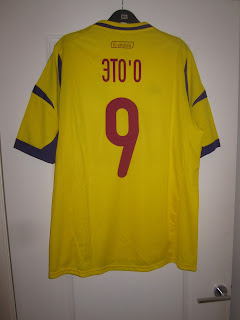 Anzhi Makhachkala are becoming more known over the world as the team who have loads of money. Their billionaire owner has a plan to make the club the best in the world and when you can offer someone like Samuel Eto'o £350,000 a week then you obviously mean business. Although the place itself where the team is situated is quite run down and notorious for criminal behaviour. The Anzhi players train in Moscow and live in Moscow and have to fly 1,000 miles to get to their home games. In the Europa League this season Anzhi have to play their home games in Moscow because of safety issues. Also if you think the E has been put on wrongly on the shirt then that is in fact the Russian spelling of Eto'o.
Posted by brad147690 at 04:51