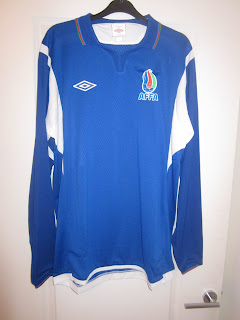 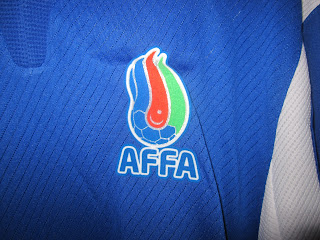 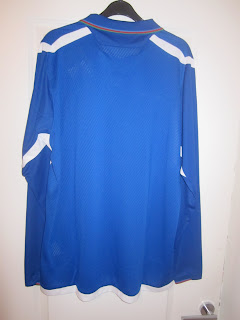 Azerbaijan team lining up before a match 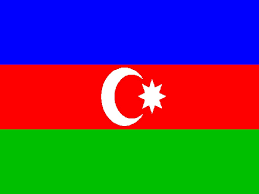 Azerbaijan have been playing football since 1927 but back then they were part of the Soviet Union. It was until 1991 that Azerbaijan gained independence and then in 1992 the Azerbaijani Football Association was formed. Then in 1994 they were finally granted into FIFA and UEFA meaning they could compete in the qualification rounds for the World Cup and European Championships. To this day they have not managed to though or even come close to qualification.
In February 2004 Azerbaijan appointed the 1970 Brazilian World Cup winning captain Carlos Alberto as their manager and started with a 6-0 loss to Israel. But despite this they managed to get their first ever away win with a 3-2 victory over Kazakhstan. Then following a 8-0 defeat to Poland, Michael Owen stated that he could even score 5 goals against Azerbaijan. He didn't as England only won the game 2-0 and it caused Carlos Alberto to say 'Owen does not deserve a guy like me talking about him. He's a midget'. Things did not get much better for Alberto as he resigned in 2005 after a 3-0 loss to Poland. Then in 2008, former Scotland manager Berti Vogts took charge of Azerbaijan and remains there till this day. Out of 4 games so far they have drawn 2 and lost 2 in the qualification for the World Cup so I would not expect to see them at Brazil in 2014.
But did you know an Azerbaijani has played a massive part in a World Cup final before? Well the linesman that awarded the goal against Germany in the 1966 World Cup final for England was from Azerbaijan. Whether it went over the line or not is another question.
Credit to my German friend Sascha for finding the shirts from the city of Baku. You can view his blog by clicking here.
http://mynationalteamcollection.blogspot.co.uk/