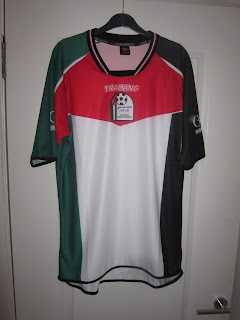 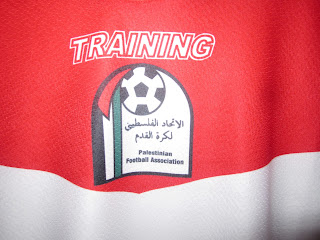 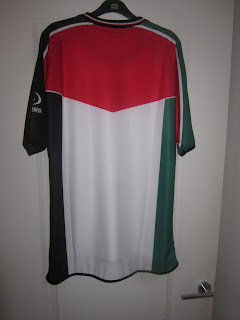 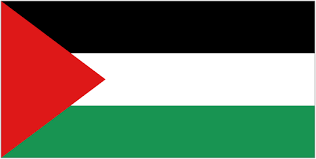 These Palestine shirts are made by a Chilean sports brand called Training. Palestinian football has quite a big connection with Chile because in 2002 the manager they appointed grew up in Chile and had connections within the Santiago Palestinian community and he bought a few Palestinians from Chile into the squad.
Mahmoud Al-Sarsak was kidnapped by Israel in 2009 and imprisoned for three years without trial. He went on a hunger strike for three months in protest over his imprisonment, risking death and likely ruining his promising future in football. After considerable international pressure on his behalf, including FIFA President Sepp Blatter, the Israeli military was forced to release him in 2012.
The problems the Palestinian team face to play matches is huge with the on going conflict with the Isreali's. Facilities have been destroyed and I believe they have to play their home matches in a different country due to safety issues.
Posted by brad147690 at 03:55