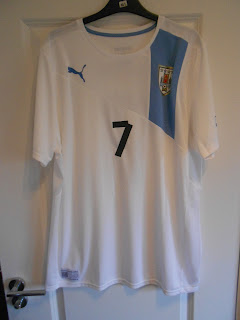 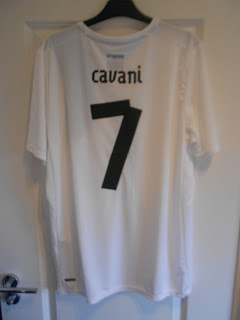 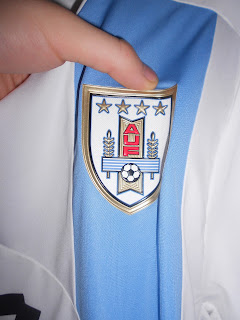 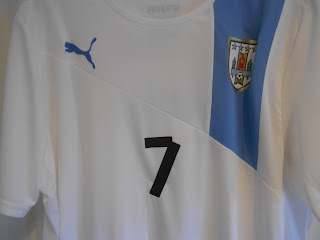 First international: Uruguay 2-1 Argentina (1901)
Biggest win: Uruguay 9-0 Bolivia (1927)
Biggest loss: Uruguay 0-6 Argentina (1902)Most capped: Diego Forlan (89 caps)
Top scorer: Diego Forlan (33 goals)
Star player: Luis Suarez (Liverpool FC)Uruguay are one of the most successful teams in South America. They have in fact won 2 world cups (winning the first ever one) and have 15 Copa America titles, the latest one coming last year. They've competed in 41 Copa Americas overall and 11 world cups. For a country with just 3 million people this is quite an achievement and they recently managed to get up to as high as 2nd in the FIFA world rankings. The last world cup they got knocked out in the semi finals but Luis Suarez caused controversy when he handled the ball on the line in the last minute of extra time. Gyan then missed the penalty and Uruguay won the penalty shootout.