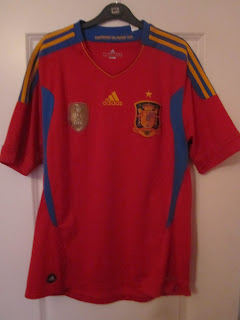 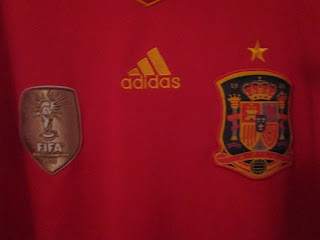 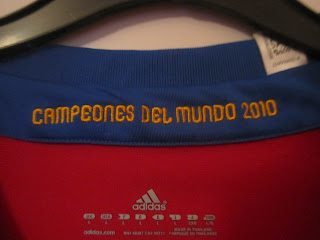 
The Spain home shirt used when they won the World Cup. Spain have now become the first ever country to win 3 major tournaments in succession with the Euro 2008 win, World Cup 2010 and Euro 2012. Spain used to be known as a bit of an underachieving country considering the players they had but finally it has all come together and they now have to be one of the favourites for the 2014 World Cup as well.
Posted by brad147690 at 03:41