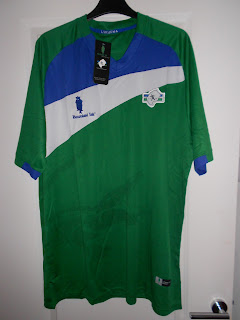 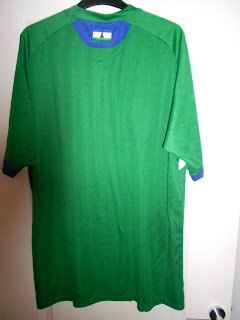 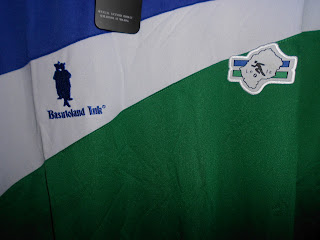 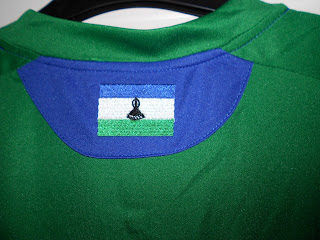 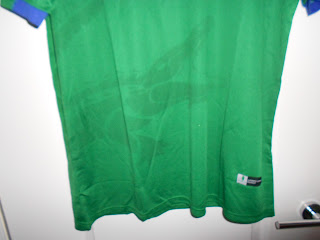 
This is the national team shirt of Lesotho. Lesotho are a country based roughly in the middle of South Africa. The African nation are not one of the better teams in the world being ranked 163rd in the world but they have unearthed a young talent within the country who has recently joined Atletico Madrid called Montoeli Sonopo so keep a lookout for him. This shirt is fantastic though and I love the design. The kit makers are a local brand from Lesotho called Basutoland Ink and I was lucky enough to get hold of this shirt thanks to a man named Bokang from the company. If you look closely you can also see a crocodile!
Posted by brad147690 at 06:54