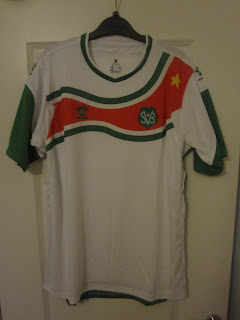 Suriname has produced a lot of footballers that chose to play for Netherlands. Footballers like Hasselbaink, Davids, Kluivert, Seedorf and Drenthe all could of played for Suriname if they wanted to but you can understand why they wanted to play for Netherlands instead. But if these players all ended up playing for Suriname then it would be interesting to see how they'd do.