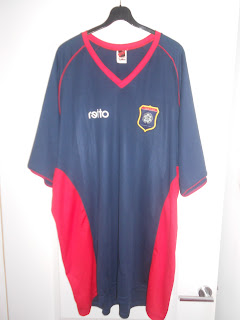 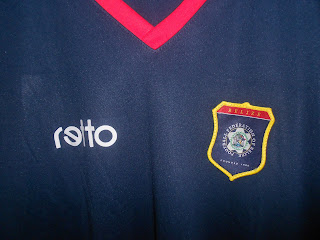 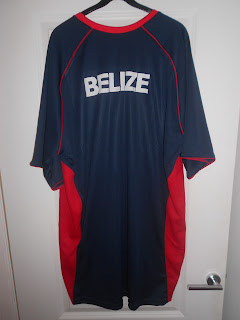 
Belize according to the rankings are the worst central American side. They only played their first international in 1995 which was 15 years after gaining independence from the United Kingdom. They've achieved an all time high FIFA ranking of 134.


This is the rather are home shirt for the nation of Belize. They haven't really done anything notable in football but I have to thank my Canadian friend Eric for this shirt. You can view his blog by clicking on his link at the bottom of the page.
Posted by brad147690 at 02:11