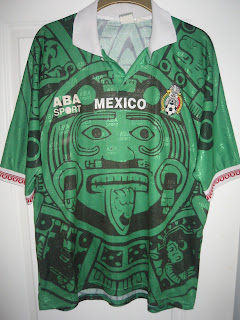 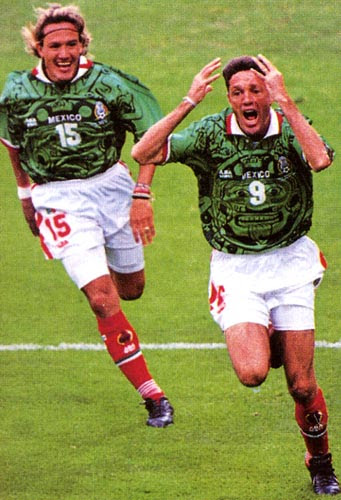 
This is the fantastic shirt worn by the Mexicans in the 1998 world cup. The Mexicans are currently Gold Cup champions and seem to make it through most group stages in the World Cup but are yet to mount a series push for the cup yet. They have actually made 2 Copa America finals despite being in North America. They are the most successful North American side having won the Confederations Cup once, Gold Cup nine times and having made 14 world cup appearances. I have to thank my Mexican friend Enrique for finding me this shirt and getting it sent to me. You can view his collection by clicking on his link at the bottom right of the page.
Posted by brad147690 at 02:19