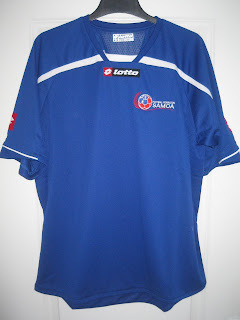 
Samoa are probably famous for being the national that WWE wrestler The Rock comes from. In the footballing world they are not so good though but Tim Cahill's brother does play for the national side. Samoa's national sports are rugby, American football and baseball meaning they do not put much effort into football and it shows.
Posted by brad147690 at 10:09