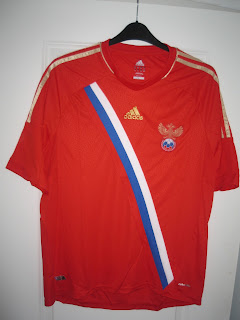 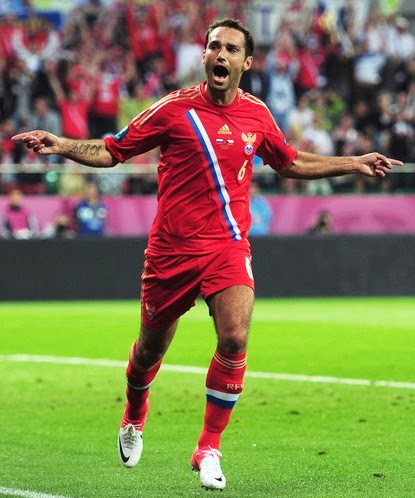 
This for me was the best shirt of Euro 2012. It's a very nice design from Adidas and makes a change to the standard templates they give other countries. Although Russia started very well they were shocked when Greece beat them to go through to the quarter finals as was everyone else watching the tournament. They won the European Championship in 1960 but not under the name of Russia. They qualified for Euro 2008 in place of England.
Posted by brad147690 at 02:43