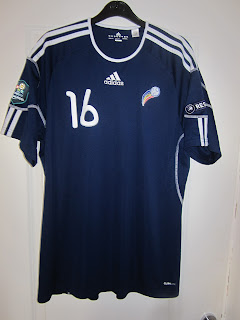 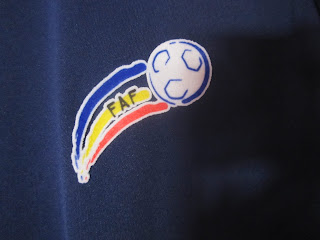 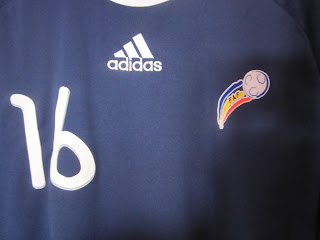 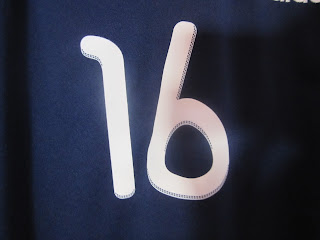 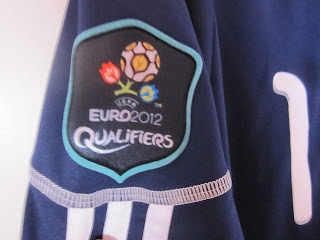 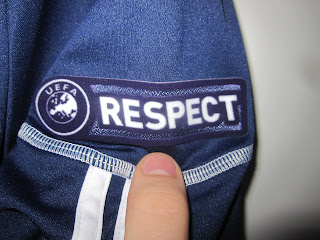 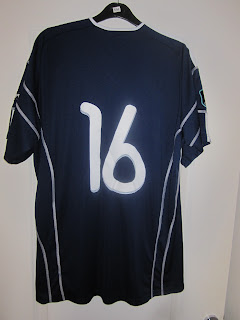 This shirt was matchworn in a recent friendly against Poland. If you have watched Andorra before you may realise that the shade of blue they are wearing in this friendly is a lot darker than the usual shade of blue they use. This kit is usually reserved for the under 21 side but Andorra were waiting for new kits and had ran out of the lighter blue shade kits so they used these instead. The number 16 of Andorra was a player called Cristian Martinez who played centre back in the game which ended 4-0 to Poland. As you can see the badge of Andorra on this shirt is a sort of felt material which is supposedly there to create more comfort when the players are playing instead of the usual you see on a replica with an embroidered badge.
Andorra's top scorer Ildefons Lima is actually a defender which makes it slightly weirder when you think he is the top scorer as I doubt there are many defenders out there that are top scorer for their country. In their history they have only ever won one competitive match which was a 1-0 win over Macedonia in a world cup qualifier. England recently played them and beat them 6-0 at Wembley which I did go to and I have to say Andorra were not a very good side but they are only a small country sandwhiched between France and Spain with an estimated population of 85,000 so what can you expect from them really?