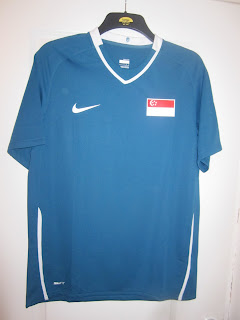 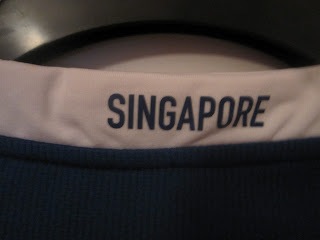 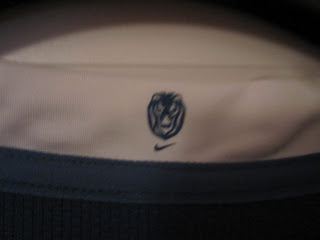 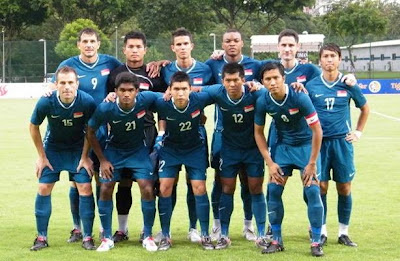 The Singapore team in action. A few of them don't look very Singaporean to me.

Singapore have only ever qualified for the Asian Cup once in their football days. It didn't last long as they went out in the first round but surprisingly they were the only team in the tournament to beat the 2007 champions Iraq. Singapore over the years have included naturalised citizens in their team such as Aleksandar Duric and Mustafic Fahrudin from Serbia, Daniel Bennett from England and Shi Jiayi and Qiu Li from China.

For the 2014 World Cup qualification they got knocked out in the 3rd round group stages losing all 6 games in a group of Iraq, China and Jordan in.