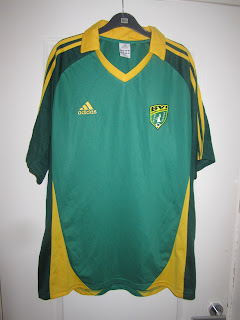 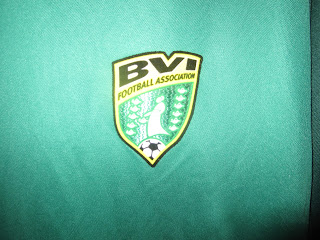 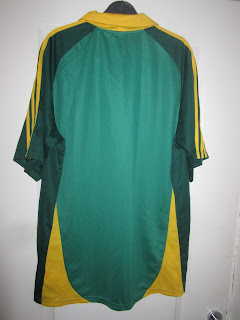 BVI in action against USVI 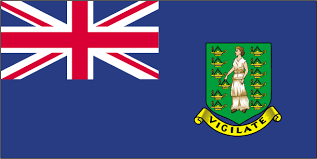 Flag of the British Virgin Islands

The Virgin Islands is a British overseas territory which situates off the east coast of Puerto Rico. It has a population of about 27,800 and is made up of about 50 islands. One of these islands is owned by business tycoon Richard Branson who purchased the island with all this wealth he has. Sailing is actually one of their most popular sports in BVI and judging by the quality of the football team I should imagine it is not thought of too highly in the country. BVI recently lost 16-0 to Martinique, 4-0 to Suriname and 7-0 to Montserrat in the Caribbean cup. Their U17 side also lost 23-0 to Trinidad and Tobago recently so judging by these recent results I would not expect to see them at a World Cup anytime soon.
Did you know that at the age of 21, Andre Villas-Boas took his first managerial job by becoming manager of the British Virgin Islands. He later resigned a year later. I don't think any top manager could really make BVI into a good team. Rapper Iyaz who sung the song Replay also is from the British Virgin Islands.
Did you also know that BVI were the only unbeaten side in the whole of the 2010 World Cup? They went out on away goals after 2 draws in the first qualification round which meant they were unbeaten. Many people say New Zealand are the only unbeaten side but they actually got beat in the qualifying stages so it is the mighty nation of BVI.
I have to thank my friend Nick who managed to source the shirt and you can view his blog by clicking on his blog link at the bottom right of this page.

You can get rare shirts from Nick at his shop here