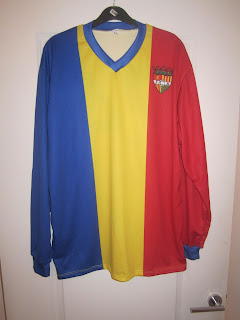 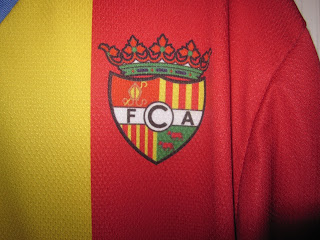 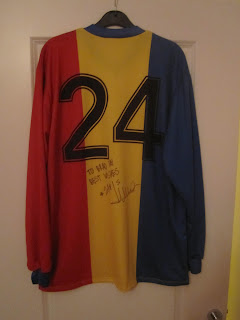 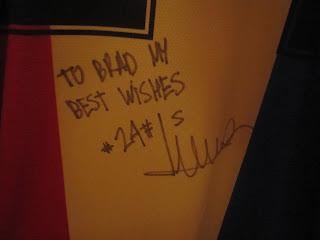 Here I bring you the home shirt of the football club and futsal club of Andorra. Andorra is in fact its own country home to around 86,000 citizens but they also have a club side as well. San Marino as well have a national team and club team. FC Andorra do not play in an Andorran football league though. Since 1948 they have played in the Spanish leagues and currently in the Primera Catalana division which is the 5th level of the Spanish football league system.
The shirt comes from Ildefons Lima who is the top scorer for the Andorra national side despite being a centre back. He started his career at FC Andorra before playing for teams such as Espanyol, Pachuca, Triestina, Rayo Vallecano and Las Palmas before rejoining FC Andorra this season. The shirt is signed by Ildefons Lima and the shirt colours resemble the flag of Andorra.
I do also have an Andorra national football shirt and an Andorra national jacket which you can see at these links.