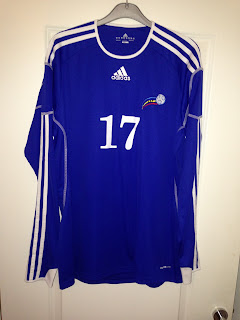 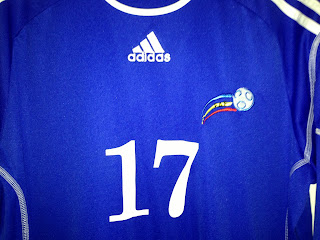 This football shirt was supposedly matchworn in an under 21 game against some team. It's a nice rare shirt for one of the smallest European nations.
Andorra's top scorer Ildefons Lima is actually a defender which makes it slightly weirder when you think he is the top scorer as I doubt there are many defenders out there that are top scorer for their country. In their history they have only ever won one competitive match which was a 1-0 win over Macedonia in a world cup qualifier. England recently played them and beat them 6-0 at Wembley which I did go to and I have to say Andorra were not a very good side but they are only a small country sandwhiched between France and Spain with an estimated population of 85,000 so what can you expect from them really?