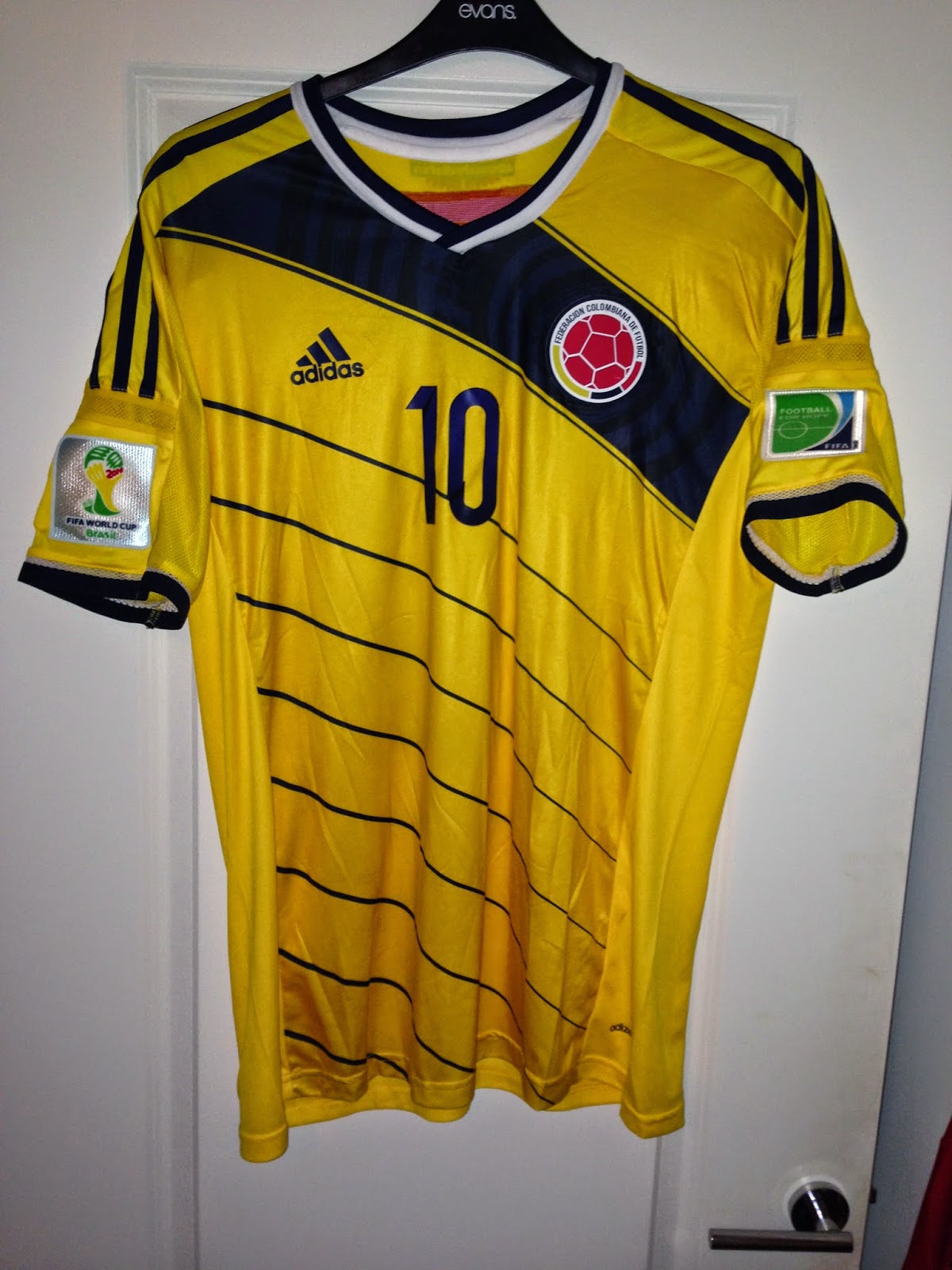 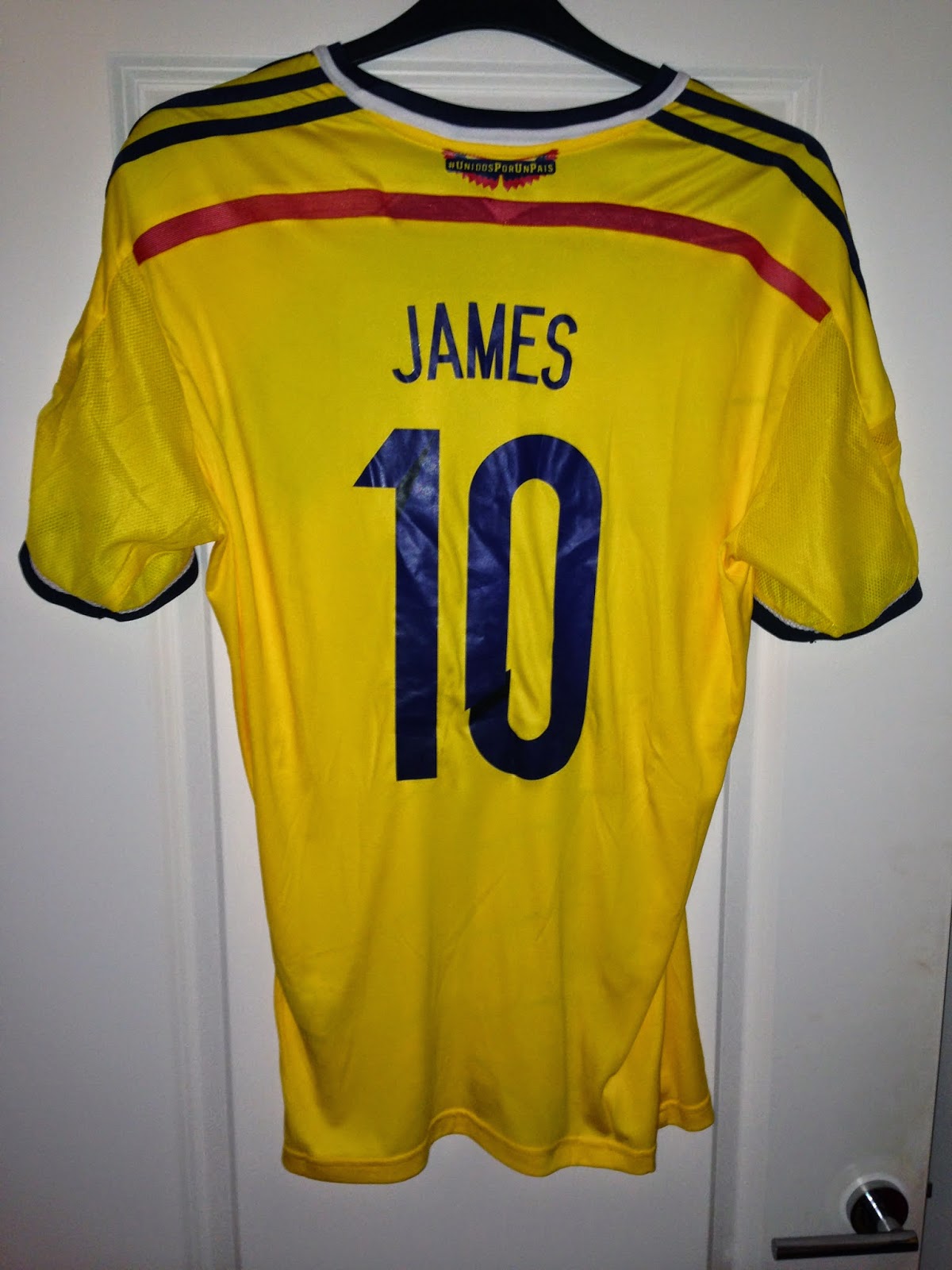 Colombia probably came to most people's attention during this years World Cup. Everyone knew they had Falcao but when he was ruled out of the World Cup most people were quick to diminish Colombia's chances. Of course they were never going to win it but a good style of football to watch captured the hearts of many and one player shone under the limelight. That player was James Rodriguez who later signed for Real Madrid for £61m because of his performances at the World Cup. That also being one of the main reasons I bought this shirt and that it looks nice.